Abby Chosen as One to Watch at the Inaugural
​YGK Emerging Musician Competition
​Kingston Ontario - The inaugural YGK Emerging Musicians Competition seeks to inspire and support Kingston’s rising musical talent, and provide excellent tools for a musical career launch for talented emerging musicians.
Kingston has a fabulous music scene and they are here to help emerging musicians put their best foot forward, to share their talents widely, and launch themselves with professionally produced tools. A prize pack valued at $7500 will be awarded to each of five finalists, as has been determined by a Jury.
This Competition is in collaboration with the Isabel Bader Centre for the Performing Arts at Queen’s University. The YGK Emerging Musician Competition is generously supported by Ballytobin Foundation, Venture Club, and Kingston Economic Development Corporation.

For tickets and more info please visit the link below 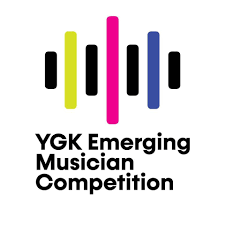 ​Abby to Perform at RBC Bluesfest
​Ottawa Ontario - There are many summer music festivals that most musicians aspire to perform at and if you're a Canadian musician you can most definitely bet RBC Bluesfest in Ottawa Ontario is one of those festivals. Abby is proud to announce she has been included in the 25th Anniversary of RBC Bluesfest! Scheduled to perform July 11, She will be along side some of the worlds best in many genres of music. Headliners include Eric Church, Kane Brown, Backstreet Boys, Snoop Dogg, The Psychedelic Furs, Buddy Guy and Kingston's own The Glorious Sons. 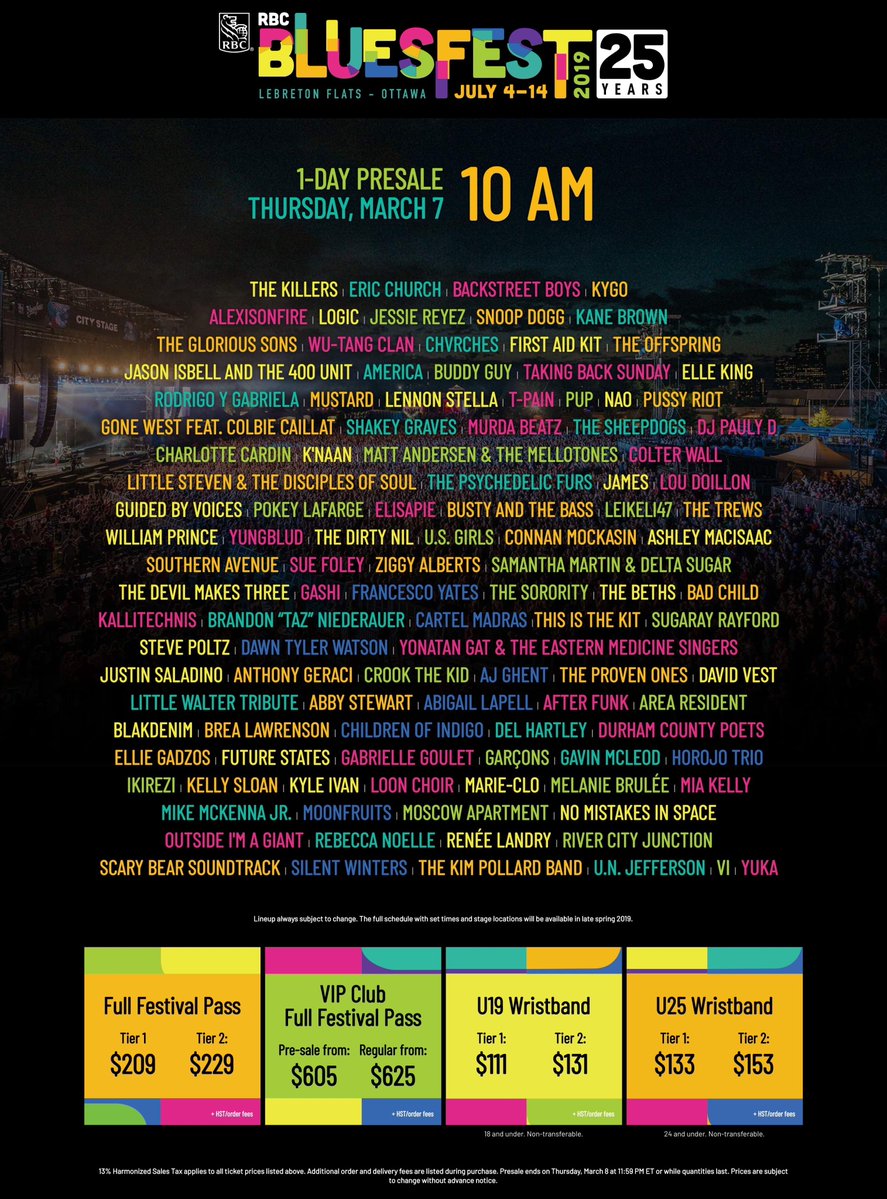 Athens Ontario - So many young country artists starting their careers have graced the stage of the Joshua Bates Centre in Athens Ontario. Saturday November 17th, Abby made her debut there and entertained for nearly 2 hours of originals, new and vintage country music. Brett Kissel, Johnny Reid, The Abrams and countless others have all performed on the distinguished stage. Their hospitality and enthusiasm gave Abby and her band an extra push to a great performance and she is humbled to have been asked. Special thanks to Mary Rae and Sherry for an amazing evening. For more on this concert please visit the Soundcheck Entertainment review by clicking on the picture below. 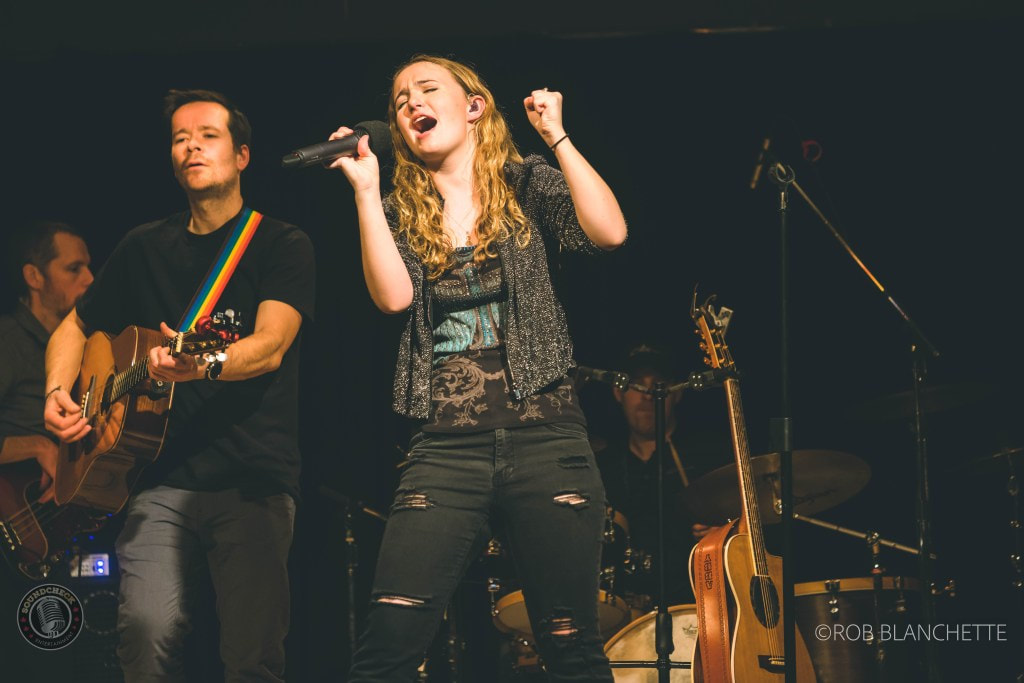 OSHAWA -- Serious talent was showcased at the Simcoe Blues and Jazz Bar in Oshawa during the Music 411 showcase.
Artists came from all parts of the country to showcase their musical skills and perform in front of a local crowd that welcomed them with open ears and loud applause.
During the penultimate event for Oshawa Music Week, artists like 17-year-old singer/songwriter Abby Stewart, Toronto based folk-pop quartet Wild Rivers, and Quebec City songwriter Todd Jackson all sang their hearts out.
Toronto based band Wild Rivers have over 500,000 listeners each month on Spotify, Abby Stewart travels across the continent and Todd Jackson takes his music Province wide.
But it’s not only local talent that has performed at this Durham Region bar.
Jack de Keyzer, the Juno award-winning blues guitarist, has also strummed a few chords within the jazz bar walls to a welcoming audience.

The musicians took turns performing a mixed bag of jazz, blues and country music on the small stage at the back of the bar.
The setup gave each artist the opportunity to perform three songs in front of a live audience.
The event was hosted by musician, publisher and activist Michael Bell, as well as Don Niblett and Frank Zachodne, a former faculty advisor at UOIT.
The Final event of Oshawa Music Week ‘Songs Revealed’ will be held on April. 12.
The Oshawa Music Week festival has been hosted by the Durham College Music Business Management program.
​Dallas Smith Invites Abby for A Quick Tune!
October 20, 2017
Abby Stewart has a great way of being at the right place at the right time. During a lunch many month's ago with her manager Garry McColman, Dallas Smith was in Kingston with his label's group "Petric". Dallas and Abby had met several times before during the Boots and Hearts Music Festival, the CCMA's and other events, so they enjoyed catching up  and Abby listened intently as he offered advice on the young teens career. But during that lunch, things between the two took a launch forward.  Dallas asked Abby if she'd be up for a duet the next time he rolled into town. Abby was completely taken by surprise but was more than honoured and humbled to accept.
Many months later when Dallas's "Side Effects Tour" was scheduled to arrive at Kingston's K-Rock Centre, the phone call came and true to his word offered Abby that tremendous opportunity. "I was so overcome by excitement, I've always loved Dallas' music and I can't believe he remembered! That was like 7 or 8 months ago!" The young teen commented.
The night had many aspiring artists join Dallas on stage for duets including Sean Astin and Andrew Hyatt. Abby was overwhelmed singing a Dallas  favourite of hers, "Nothing But Summer".  Check it out on the link below!
​Abby Pushing First National Radio Release!
October 10, 2017

It has been over a year since fate stepped in to give two of Canada's youngest rising stars in the Canadian country music scene a leg up. Kingston Ontario's Abby Stewart coupled with Beamer Wigley first met during the CCMA's in London Ontario. The couple immediately made a connection that has lasted over 4,000 kilometres apart for most of this past year. After singing a duet (Jason Aldean's and Kelly Clarkson's "Don't You Want to Stay?") that night, several industry insiders immediately caught their chemistry.  Since then the two have done many shows in British Columbia and Ontario including Abby inviting him to join her for some songs at The Havelock Country Jamboree, The Canadian National Exhibition, opening for Aaron Prittchet, Brett Kissel and many others. With famed producer Jeff Dalziel (Washboard Union, Dan Davidson), she recorded last May and shot an accompanying video in downtown Toronto's Revolution Recording Studio. "What If They're Wrong" debuted on Canadian country radio today with rave reviews and complimented video on YouTube. Abby would like to thank Invictus Entertainment and Big Star Recordings for putting their shoulder behind "What If They're Wrong". Look for it on iTunes, Spotify and Google Play October 13.
Abby Stewart, Big Winner at CMAO, Opening for Brett in Ottawa
Abby in First Round Announcements at
Havelock 2017

August 1, 2016
Abby Announced as the Supporting Act for Tim Hicks!
May 24, 2016
Hometown Country comes to Kingston
In one month from today, June 24 Abby will again be part of the Hometown Country Celebration at The Grand Theatre in Kingston. All proceeds will benefit Kids for Kids charities and with the Abrams out with their new CD and country band The Rivertown Saints, the show will be a must see for Canadian country music lovers. For more information and tickets, please click below. 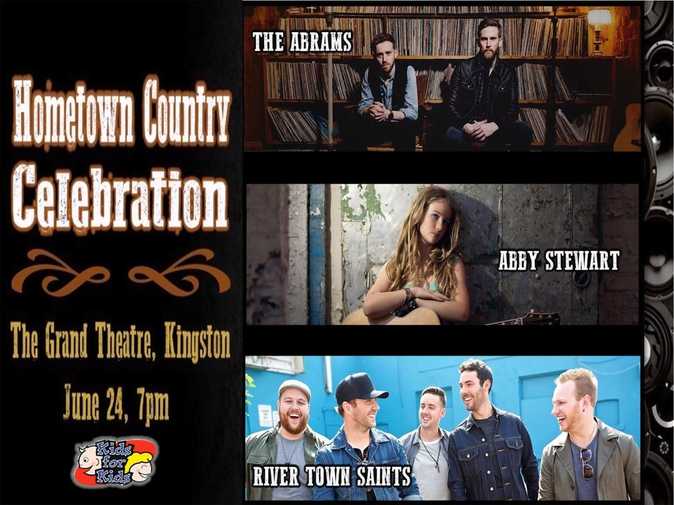 I'm so happy to release my first music video for my single "I'm Still Faster" from my new CD "Firsts". We shot this over a few days at the Brockville Ontario Speedway and Danny O'Brien's racing shop. With special help from 1000 Islands RV Centre, everything came together great! All the amazing race teams and fans were awesome too. Thanks Van Alst Productions! I hope you enjoy this next step in my country music journey!
New EP "Firsts" Finally Realized

It may have taken a few years, but Abby Stewart has finally realized her dream of having a compilation of her songs ready for sale on iTunes and at her concerts this summer. "I always get asked if I have my music for sale, and now I can finally say, here it is!" explained the 14 year old. When asked about the title she declared "Every song on this EP is a first of some sort, I have them all listed on the inside jacket along with special a thank you to several people who have helped me along the way".
​The compilation contains her 5 tracks that started hitting the airwaves back in May of 2013.
They include:
1) She's Thinking with Her Heart
2) Broken Home
3) Summer At the Drive In
4) You Don't Know
5) I'm Still Faster

Busy with a number of concerts this summer including Capital Country in Spencerville Ontario opening for Brett Kissel and Emerson Drive and Boots & Hearts Music Festival on Friday August 7th, Abby has also been busy writing and acting in her first video production. Shot over the course of several days, be sure to check back in late July or early August for the video for  "I'm Still Faster".
Hometown Country Celebration - The Abrams, Abby Stewart and Ambush

The City of Kingston and Country 93.5 are pleased to announce the Hometown Country Celebration. As part of the Skeleton Park Arts Festival, this concert will feature the amazing talent of The Abrams, Abby Stewart and Ambush.

John and James, The Abrams, are the fourth generation of professional musicians in their family. Barely into their twenties, they have been touring for over a decade. The Abrams come from a strong tradition of Bluegrass and Americana music, and have since created a signature sound that brings Country, Rock and Pop all together in one place. The Abrams, recently signed with Radio Arts Media Partners Music, are currently working on their fifth studio album with Juno award winning and Grammy nominated producer Gavin Brown, who helped launch the careers of Three Days Grace, and Billy Talent, and has produced records for Lady Gaga, The Barenaked Ladies, The Tragically Hip, and Metric.

Abby Stewart may be young, but she has accomplished so much in such a short period. From sharing the stage for a duet with Dean Brody, opening for Hunter Hayes on his Canadian tour or completing a set at some of Canada's biggest music festivals, her star is on the rise. Her versatility and passion for music shines through whether she's belting out one of her radio friendly originals, a Taylor Swift or Band Perry lyric or turns back the clock to a Dolly Parton, Anne Murray or Buck Owens classic.

Ambush, "Canada's Rockin' Country Band", has been delivering its own brand of high-octane country music since 1993. The trio of Mark McDonell, Kris Lafontaine, and Tom VanCoughnett are a dynamic group of performers who share an unprecedented combination of talent, experience, and contagious enthusiasm. Ambush has been recognized by the Canadian music industry with multiple nominations for Canadian Country Music Association awards, including the Independent Group or Duo of the Year (2006 & 2007) and Group or Duo of the Year (2007). 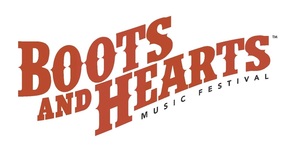 During the TODAY Show performance, Hayes entertained the massive crowd gathered in the plaza with his current Top 30-and-climbing single “Tattoo” as well as the No. 1 smash hit “I Want Crazy” and moving fan favorite, “Invisible.” The multi-talented singer-songwriter surprised fans by sporting a fresh henna tattoo sleeve with emblems from each city on the Tattoo (Your Name) Tour, and three henna artists circulated the crowd﻿﻿ inking fans with the tour logo. On television, viewers across the nation also got to see the first-ever localized commercial spots for a concert tour that are synced with the popular music identification service, Shazam.

“This tour is definitely going to be different than anything we’ve ever done before…and maybe anyone has ever done. It's a lot of firsts not only for us, but even for the fans who have seen our show before,” said Hayes. “Every tour is all about the fans, but this one proves it. Not only are they going to be part of the show, they are the show…you’ll see what I mean!"